"Can We Still Believe in the Rapture?" Book Review 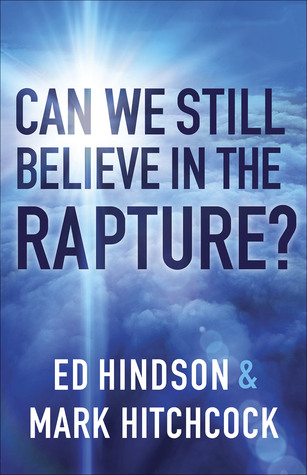 Can We Still Believe in the Rapture?
by Ed Hindson & Mark Hitchcock


Christian Fiction...or Biblical Fact?Today, the hope that all believers on earth will be "caught up" to heaven is being challenged in new waves of criticism. Is the rapture really taught in the Bible? Can we really expect Jesus to gather up His followers before the Antichrist is revealed? In this well-reasoned and thorough defense, prophecy authors Mark Hitchcock and Ed Hindson examine the concept, context, and consequences of the important and long-expected event known as the rapture. Discover the answers to such questions as...What is the rapture—and is there any historical precedent for it?Why do some believers object to the idea of a rapture?Does the timing of the rapture really make a difference?As you explore what Scripture says about the end times, you'll get a grander glimpse of your glorious future and the deepest hope of every follower of Jesus.

MY REVIEW:  Revelation has long fascinated Christians and I'm not immune to that fascination.  What will happen?  When will it happen?  Will I be included?  What/who should I believe about interpretations of Revelation.  There are three trains of thought concerning the Rapture:  pretribulationalists, posttribulationalists, and midtribulationalists.  The authors analyze and explain each of these three views.  The examination of the three views can sometimes seem overwhelming to the average Christian.   I personally referred to my Bible, commentaries, and other texts about the book of Revelation.  Bible scholars, I'm sure, will have no difficulty following the authors.   I do find this book to be very helpful and highly thought provoking. There is a glossary and summary of the three views at the conclusion of the book, as well as references.   This book has obviously been greatly researched.
I am rating this book 4 stars and highly recommend it to readers.
I received an ebook of this selections from netgalley and Harvest House Publishers in exchange for my honest review.  I was not required to post a positive review.  All opinions expressed are my own. 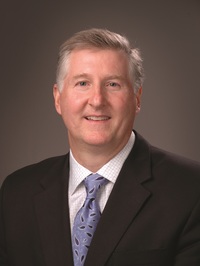 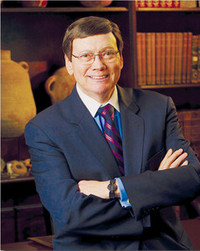 Ed Hindson (born Edward Hindson on December 21, 1944) is an American Christian evangelist and current host of The King Is Coming, a syndicated television broadcast shown across the United States. Hindson has written more than twenty books that deal with Bible prophecy and the imminent return of Jesus. He is a professor of Old Testament studies and Eschatology at Liberty University in Lynchburg, Virginia, and a frequent speaker on prophecy.Hindson graduated from William Tyndale College in Farmington Hills, Michigan. He completed a D. Phil. at the University of South Africa and also holds a number of degrees such as and M.A. and Th. D. from Trinity Evangelical Divinity School, Th.M. from Grace Theological Seminary and D. Min. from Westminster Theological Seminary.Dr. Ed Hindson is the President of World Prophetic Ministry and Bible Teacher on The King Is Coming telecast. He is also the Assistant Chancellor and Dean of the Institute of Biblical Studies at Liberty University in Virginia. Dr. Hindson previously served as the associate pastor of the 9,000-member Rehoboth Baptist Church in Atlanta.Besides teaching thousands of students each week, he is an active conference speaker and a prolific writer. Ed has written over 40 books, including Final Signs; Approaching Armageddon; and Is the Antichrist Alive and Well? He has served as the editor of five major Study Bibles, including the Gold Medallion Award-winning Knowing Jesus Study Bible (Zondervan) and the best-selling King James Study Bible (Thomas Nelson). He is currently co-editing the new 16-volume Twenty-First Century Biblical Commentary series on the New Testament (AMG).
Connect with Ed at his website:  http://www.thekingiscoming.com/