Review of "The River"

Review of The River 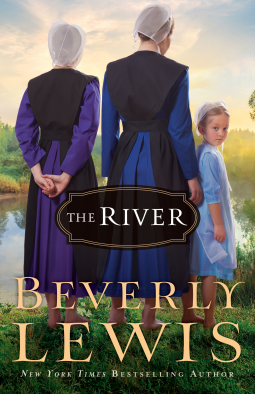 She looked once more at the dreaded river. Since Anna's death, it had been such a barrier . . . a place and a moment she could not seem to move past.            A line I can't move beyond...The River Tilly and Ruth, two formerly Amish sisters, are plagued by unresolved relationships when they reluctantly return to Lancaster County for their parents' landmark wedding anniversary. Since departing their Plain upbringing, Tilly has married an Englisher, but Ruth remains single and hasn't entirely forgotten her failed courtship with her Amish beau.Past meets present as Tilly and Ruth yearn for acceptance and redemption. Can they face the future in the light of a past they can't undo?

MY REVIEW:  Beverly Lewis is such a treasure among Amish fiction authors and The River certainly lives up to the high expectations I held as I read.  Tilly and Ruth both left the Amish after the drowning death of their young sister and they are asked to return by their brother to attend their parents' wedding anniversary celebration.  Their brother, Melvin, also shares with them the fact that their daed may not have long to live.   He refuses to agree to having a pacemaker inserted.
The young women discover that they aren't the only ones with issues, secrets, and trouble forgiving oneself and others.  I was entranced by Tilly and Ruth's story and the journey they take near the river that claimed their tiny sister's life.  I rate this book 5 stars and highly recommend it to readers.   It held my attention and brought me to tears of sadness and joy.   Get a copy and enjoy the journey.
I received a free pdf version of this book from netgalley in exchange for my honest review.

Beverly Lewis, born in the heart of Pennsylvania Dutch country, is the New York Times bestselling author of more than ninety books. Her stories have been published in eleven languages worldwide. A keen interest in her mother's Plain heritage has inspired Beverly to write many Amish-related novels, beginning with The Shunning, which has sold more than one million copies and was recently made into an Original Hallmark Channel movie. In 2007The Brethren was honored with a Christy Award. She has been interviewed by both national and international media, including Time magazine, the Associated Press, and the BBC. Beverly lives with her husband, David, in Colorado. Visit her website at www.beverlylewis.com for more information.
Amish fiction Amish romance Beverly Lewis book review netgalley