5-Star Review of "An Amish Year"

Review of An Amish Year 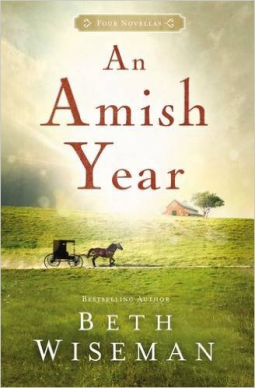 Spend a year in Amish country with four sweet romances.
Rooted in Love
Rosemary Lantz is doing her best to run her family's household. She excels at all her tasks except one: gardening. Saul Petersheim has pursued Rosemary for years, but Rosemary keeps turning him down. What Saul doesn't know is that she has good reason—something no one can know—especially not him.
A Love for Irma Rose
The year is 1957, and young Irma Rose has a choice to make. Marry the man who loves her? Or go after Jonas, the high-spirited, yet noncommittal man her heart loves?
Patchwork Perfect
Eli Byler has been a widower for two years when he chooses to make a fresh start in Paradise, Pennsylvania. Eli's children are determined to keep their family the way it is, but they aren't in Paradise long before the available ladies begin to show an interest in Eli.
As Eli juggles the admiration of two women, he meets Miriam Fisher—the most unconventional Amish woman he's ever met. She doesn't fit the mold for what Eli is looking for, but it isn't long before Eli realizes that Miriam is everything he wants. But with two children constantly trying to sabotage his efforts, will he ever be happy again?
When Christmas Comes Again
Katherine knows the first Christmas without Elias will be hard for her and the children. But when a mysterious Englischer appears with photographs of her late husband, Katherine begins to wonder what other blessings Christmas could have in store.

MY REVIEW:  Beth Wiseman has created four delightful novellas.  I can not choose one favorite of the four novellas as they are all so engaging. I found myself caught up in the lives of the Amish couples and I could easily imagine I was right there in Amish country with them.  Several of the couples deal with having lost a spouse and looking for another spouse and parent for their children.  The Amish encourage widows and widowers to find another spouse very soon after their one year of mourning.  With so much work to be done daily without the convenience of modern appliances, this is certainly a practical decision.
I rate this collection 5 stars and highly recommend it to readers.
I received an ebook version of this collection of novellas from netgalley in exchange for my honest review. 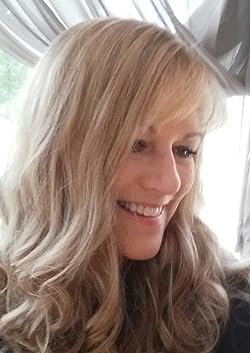 Beth Wiseman is the best-selling author of the Daughters of the Promise series and the Land of Canaan series. Having sold over 1.5 million books, her novels have held spots on the ECPA (Evangelical Christian Publishers Association) Bestseller List and the CBA (Christian Book Association) Bestseller List. She was the recipient of the prestigious Carol Award in 2011 and 2013. She is a three-time winner of the Inspirational Readers Choice Award, and an INSPY Award winner. In 2013 she took home the coveted Holt Medallion. Her first book in the Land of Canaan series--Seek Me With All Your Heart--was selected as the 2011 Women of Faith Book of the Year. Beth is contracted with HarperCollins Christian Publishing into the year 2018, and she has published thirteen novels and thirteen novellas to date.As a former newspaper reporter, Beth was honored by her peers with eleven journalism awards, including first place news writing for The Texas Press Association. She has been a humor columnist for The 1960 Sun in Houston and published articles in various publications. However, writing novels is where her heart is. She left her job as a journalist in 2008 to write novels fulltime.Beth has a deep affection for the Amish and their simpler way of life, and while she plans to continue writing Amish love stories, she is also branching out into other areas. Her first non-Amish, contemporary--Need You Now--released in April 2012 and landed on the CBA Bestseller List. She enjoyed writing the story based in a town near where she lives, and she chose another small Texas town for her next non-Amish contemporary--The House that Love Built--which is based in Smithville, the same quaint town where movies such as Hope Floats and Tree of Life were filmed. Beth continued to spread her wings when she released The Promise in October 2014. Inspired by actual events, The Promise follows Beth's characters all the way to Pakistan. Beth was involved in the real-life rescue when her friend was held captive in Pakistan. Beth is currently working on book #2 in her new Amish Secrets series, tentatively titled Jacob's Ladder. Book #1--Her Brother's Keeper--recently released and was chosen as a Top Pick by RT Reviews Magazine.Beth and her husband are empty nesters enjoying the country life in Texas with three dogs and a rooster. When she's not writing, she loves to travel, paint, and enjoy time with friends and family. You can find Beth at Fans of Beth Wiseman on Facebook where she interacts with readers and on Twitter at https://twitter.com/bethwiseman.