5-Star Review of "Balm of Gilead" 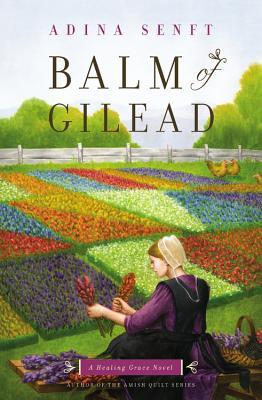 The third installment in the Healing Grace series finds young Amish widow Sarah Yoder facing her greatest challenge--herself. Sarah hasn't seen Henry Byler since he became engaged to an Englisch woman, which is best for her peace of mind. She's busy with her family: welcoming her son back from the ranch in Colorado, finding a husband for her sister-in-law, and making the teas and tinctures that heal the members of her church. Then Henry seeks her out, desperate for a balm for his hands before his success as a potter is jeopardized, and Sarah has to call on every ounce of strength to deny the cry of her heart. Yet there is someone who just might have a special cure in mind--a healing balm with the power to change everything. But with Henry's wedding only days away, is it already too late?

MY REVIEW:  Is there no balm in Gilead; is there no physician there?   She carried the bowl of fragrant liquid into the kitchen and carefully poured lukewarm water into it to dilute it.  When it was ready, she set it in front of Henry.  "Soak your hands in this for fifteen minutes while we talk."
Sarah and Henry seem destined to live separate lives as he has left the Amish and is now known as "Englisch Henry" to the community.  Yet it is proving impossible for them to avoid each other as his farm and shop are directly beside her Amish home and now his hands are so painfully chapped and cracked that he is finding it difficult to work on his pottery without excruciating pain.  He seeks Sarah out to see if she has a cure for his hands as she is learning to be a dokterfraa (female healer) and researchs to discover that the balm of Gilead is needed to make a healing salve for Henry.  She seeks out her mentor to see if she has some of the ingredients for the salve as it is the wrong season for a key ingredient she requires.   Henry is engaged to the Englisch owner of a local inn and Sarah strains to guard her heart against further heartache where Henry is concerned.   How will she manage to do that when life seems to continue to throw them into each other's path?
I have loved this series since reading book one.  This series is full of grace, forgiveness, and love.   This third in the series is a beautiful testament to the healing grace that God brings to the lives of His children.   I can hardly wait now for the next book in the series to see which characters will be featured.   I love that we see all the characters from the previous books and get to see what is going in on their lives as well.   This book touches on the Amish reality shows that are currently so popular on television as well as Amish leaving the faith.
I rate this novel 5 stars and highly recommend it to Amish fiction readers as well as those who enjoy Christian fiction.
I received a kindle version of this book from netgalley in exchange for my honest review. 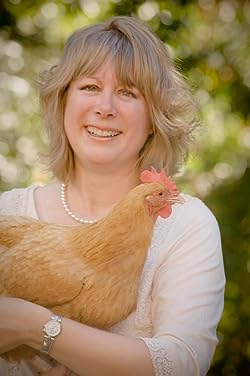 Adina Senft grew up in a plain house church, where she was often asked by outsiders if she was Amish (the answer was no), she made her own clothes, and she perfected the art of the French braid. She holds an M.F.A. in Writing Popular Fiction from Seton Hill University in Pennsylvania, where she teaches as adjunct faculty. Writing as Shelley Bates, she was the winner of RWA’s RITA Award for Best Inspirational Novel in 2005, a finalist for that award in 2006, and, writing as Shelley Adina, was a Christy Award finalist in 2009. Three of her books have shortlisted for the American Christian Fiction Writers’ Carol Award for book of the year. Of her fiction, publisher and industry blogger W. Terry Whalin has said, “Readers will be lost in the vivid world that [she] paints with incredible detail and masterful storytelling.” A transplanted Canadian, Adina returns there annually to have her accent calibrated. Between books, she enjoys traveling with her husband, playing the piano and Celtic harp, and spoiling her flock of rescued chickens. These days, she makes period costumes and only puts up her hair for historical events and fun.
Adina Senft Amish fiction Amish romance book review Christian fiction netgalley