Review of "An April Bride"

Review of An April Bride 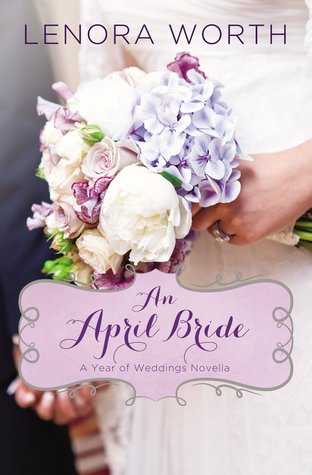 War changes everything . . . even their love.Bride-to-be Stella Carson can’t wait to marry her longtime sweetheart Marshall Henderson. But Marshall has been away serving his country and after suffering a head wound and being diagnosed with post-traumatic stress syndrome, he has distanced himself from Stella by asking her not to visit him in a Washington, D.C. hospital.Marshall returns to Louisiana just four weeks before the wedding, but as the big day draws near, Stella wonders if the man she’s loved for most of her life still wants to marry her.

MY REVIEW:  This is a book full of hope.   Marshall has PTSD after returning from deployment and he has lost his memory due to the head injury he received.    He and Stella have loved each other since early childhood and are to marry in one month.   Will he remember Stella?  Will he still want to marry her?   The future is highly uncertain for both of them.    I suffer from PTSD personally so this book was very interesting to me.   I certainly could feel the emotions of Stella and Marshall as I read.  I have had short lapses of memory but not to the extent that Marshall has.   I had to wonder what it was like for him.   It must have been very confusing and disturbing.  It would definitely cause most people to question their faith and ask God "Why me?"   I have read several of the features in "A Year of Weddings Novellas" and this one is my favorite at this point!   My husband was in the U. S. Air Force, my uncle was killed in WWII, several of my nephews are currently serving in the armed forces and have deployed numerous times and this book made the experience more real for me.   I rate this book 5 stars and highly recommend it to readers.
I received a free pdf version of this book from netgalley in exchange for my honest review.