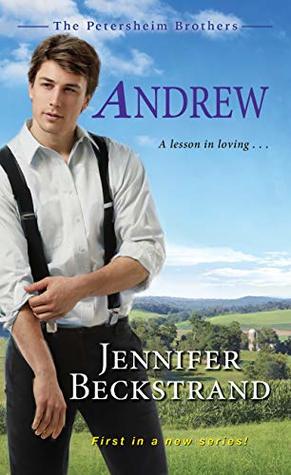 Book Description:Andrew, Abraham, and Austin Petersheim’s family business has earned them the nickname The Peanut Butter Brothers. But if their matchmaking younger siblings have their way, all three may soon bear another title: husband . . .

Handsome, hardworking, and godly, Andrew Petersheim has always been sure of his place in his Wisconsin Amish community. He’ll be a welcome catch for the local girl who finally captures his heart. Mary Coblenz certainly isn’t that girl. Two years after “jumping the fence” for the Englischer world, she’s returned, unmarried and pregnant. Yet instead of hiding in shame as others in the community expect, she’s working at the Honeybee Farm, ignoring the gossips—and winning over Andrew’s eight-year-old twin brothers . . .

For all Andrew’s certainty about right and wrong, it seems he has a lot to learn from Mary’s courage, grace, and resilience. She’s changing his notions about forgiveness and love, but will she in turn accept the challenge of starting over and choose to stay—with him?

MY THOUGHTS:
5 Stars:  5/5 star rating
What goes together better than peanut butter and honey? Hmmm....love and marriage?? Babies and twins?   Readers will laugh and cry in this book as little Alfie and Benji try to marry off their brothers, starting with Andrew.  Mary is such a lovable character that I felt such empathy for her from the very beginning of the book.  Andrew comes on rather strong and unforgiving at the start, but maybe there is hope for him yet.
I believe readers will get great pleasure from this book, just as I did.
I received a free digital version of this book from netgalley and Zebra Publishing in exchange for my honest review.   I was not required to write a positive review and all opinions expressed are my own. 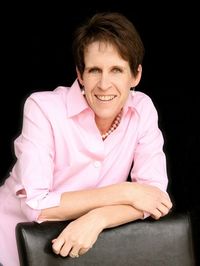 Jennifer Beckstrand is the RITA-nominated, award-winning Amish romance author of The Matchmakers of Huckleberry Hill series and The Honeybee Sisters series for Kensington Books. Huckleberry Summer was nominated for the RT Book Reviews Reviewer’s Choice Award and the 2015 RITA® Award, and Huckleberry Hill won the 2014 LIME Award for Inspirational fiction. Both Huckleberry Hill and Huckleberry Christmas appeared in Examiner.com list of top ten inspirational books for 2014. Her much-anticipated Amish series,
The Honeybee Sisters, has created a lot of romantic buzz. Sweet as Honey received a starred review from Publisher’s Weekly and Sweet as Honey and A Bee in her Bonnet were both awarded Top Picks from RT Book Reviews.
Jennifer has always been drawn to the strong faith and the enduring family ties of the Plain people and loves writing about the antics of Anna and Felty Helmuth and the Honeybee sisters’ aendi Bitsy. Jennifer has a degree in mathematics and a passion for Jane Austen and Shakespeare. She and her husband have been married for thirty-three years, and she has six children and six adorable grandchildren, whom she spoils rotten.