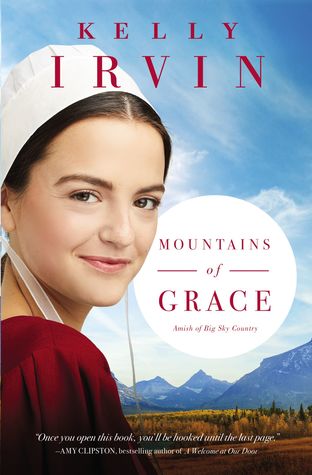 In the first of a new series set in the Amish communities of Montana, bestselling author Kelly Irvin explores what the Amish do in the aftermath of natural disaster.Schoolteacher Mercy Yoder loves her life in the beautiful West Kootenai region of Montana. But when a wildfire blazes outside her beloved community, she and her family are forced to evacuate and flee to the small town of Eureka.John Hostetler, Mercy’s beau, sorts through the damage left by the fire, helping Mercy set up a makeshift school to continue her passion. Eureka is filled with fire personnel, media, and rubberneckers—more contact with the outside world than Mercy has ever experienced. A chance encounter with a smoke jumper, Travis Cooper, leads to longer conversations about her Amish beliefs and life.As word arrives that their home was one of the houses destroyed in the fire, Mercy struggles to accept that everything they owned is gone. A life’s worth of memories. She hides her bitterness from her father, who accepts such events as God’s will. How can it be God’s will that they would start over with nothing? John’s decision to return to Kansas pours kerosene on her doubts. Her heart is doubly broken.While John is away, Travis continues to seek Mercy’s company. His observations force her to look at her life from a different perspective. But is it the right perspective?When all seems lost, including her way, Mary finds unexpected beauty and love springing from the ashes of all that she’s known.

MY REVIEW:
4 Stars:  4/5 star rating
While this book is well written,  I found it a little difficult to get into it.  There were a number of different storylines taking place at the same time which became confusing.
I find the Amish fascinating people and it certainly was interesting to read about how they respond to losing everything they own to a fire.  They definitely rally around each other and pitch in as a community to rebuild when this similar situation occurs in the church district. I wish we English did the same thing!
I received a free digital version of this book from netgalley and Zondervan in exchange for an honest review.  I was not required to write a positive review.  All opinions expressed are my own. 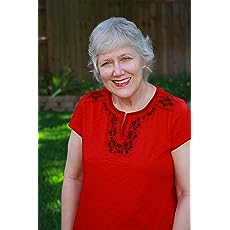 Best-selling novelist Kelly Irvin's latest series, The Amish of Sky Country, features an Amish community in Northwest Montana affected by wildfires that destroyed thousands of acres in the state in recent years. The first book, Mountains of Grace, debuted in August 2019, and delves into the impact on not only an Amish man and woman, but also a smoke jumper, a sheriff's deputy, and a young English woman forced to confront her past because of the fires.Kelly also writes romantic suspense novels. Her most recent forays into this genre include Tell Her No Lies and Over the Line, both set in San Antonio and South Texas. Of Tell Her No Lies, The Library Journal says, "Irvin creates a complex web with enough twists and turns to keep even the most savvy romantic suspense readers guessing until the end. Known for her Amish novels, this two-time Carol Award finalist shows that her talents span subgenres from tranquil Amish stories to rapidly paced breathless suspense."Kelly is also the author of the Every Amish Season series, which included four books that chronicle the lives of Amish widows who are in different seasons in their lives. These women are linked by life altering experiences that bring them together as wives, mothers, and grandmothers in the small town of Jamesport, Mo. The first book, Upon a Spring Breeze, received critical acclaim from the Library Journal: "A moving and compelling tale about the power of grace and forgiveness that reminds us how we become strongest in our most broken moments."Kelly Irvin is also the author of The Amish of Bee County series, which includes the critically acclaimed The Beekeeper's Son. Publishers Weekly called the first book in the series a beautifully woven masterpiece and Romantic Times Magazine called Kelly a storyteller extraordinaire. It was followed by The Bishop's Son and The Saddle Maker's Son, which is an ECPA bestseller.A two-time ACFW Carol finalist, Kelly's novellas have been included in numerous anthologies, including An Amish Summer, The Amish Christmas Gift, An Amish Market, an Amish Christmas Love, and Amish Quilt, An Amish Reunion, An Amish Picnic, and An Amish Christmas Bakery.She also penned the Bliss Creek Amish series and the New Hope Amish series, both published by Harvest House Publishers. Love Still Stands, the first book in the New Hope series, debuted in September 2012, and the follow-up, Love Redeemed, released March 1, 2014. The final book in the series, set in Branson, MO., was A Plain Love Song, released in July 2014.The Bliss Creek Amish series, set in Kansas, includes To Love and to Cherish, A Heart Made New, and Love's Journey Home.In the New Hope series, familiar characters from Bliss Creek move to Missouri to start a new district and a new life.Kelly is also the author of two romantic suspense novels, A Deadly Wilderness and No Child of Mine, set in San Antonio, Texas. Two more romantic suspense novels are on the horizon, with the first, Tell Her No Lies, slated for publication by Thomas Nelson Publishing in January 2019.The Kansas native is a member of American Christian Fiction Writers and the ACFW San Antonio local chapter Alamo City Christian Fiction Writers, as well as Romance Writers of America (RWA) and Sisters in Crime.A graduate of the University of Kansas William Allen White School of Journalism, Kelly wrote nonfiction professionally for thirty years. She studied for three semesters at the University of Costa Rica, learning the Spanish language. As a journalist, she worked six years in the border towns of Laredo and El Paso, where she was exposed to culture and language that serves as fodder for her fiction writing. She has written hard news, features, entertainment pieces, restaurant critiques, editorials, and weekly columns. Writing awards include the Silver Star Award from the Texas Mental Health Association for articles pertaining to mental health and numerous awards in news, feature, and editorial writing from the Texas Press Association and Texas Press Women.Kelly retired in 2016 from her position of 22 years as public relations manager for the San Antonio Parks and Recreation Department, where her duties included writing and designing an employee newsletter, writing news releases, collaborating on marketing campaigns, coordinating ribbon-cuttings and groundbreakings, coordinating press conferences, updating the web site, and acting as a media spokesperson.Kelly has been married to photographer Tim Irvin for more than 30 years, and they have two young adult children and three grandchildren. In her spare time, she likes to write short stories, read books by her favorite authors, and visit the babies.For more information, visit http://www.kellyirvin.com
Amish fiction book review Christian fiction Kelly Irvin Zondervan